Thanks to Creators Project for writing the following review:

A new 4D sound system is letting the electronic music producer manipulate sound so it moves in time, changes shape, and hits you from all corners of the dance floor.

When people talk about alternate reality, the typically describes a psychedelic experience or a science fictional world—an experience that produces something outside normal reality. The conceptualization is usually visual, perhaps because humans process visual cues much more quickly and accurately than sounds. But, a new 4D sound system is letting electronic music producer Max Cooper bring the concept of alternate reality to the world of audio, which for too long has played second fiddle to alternate visual worlds. 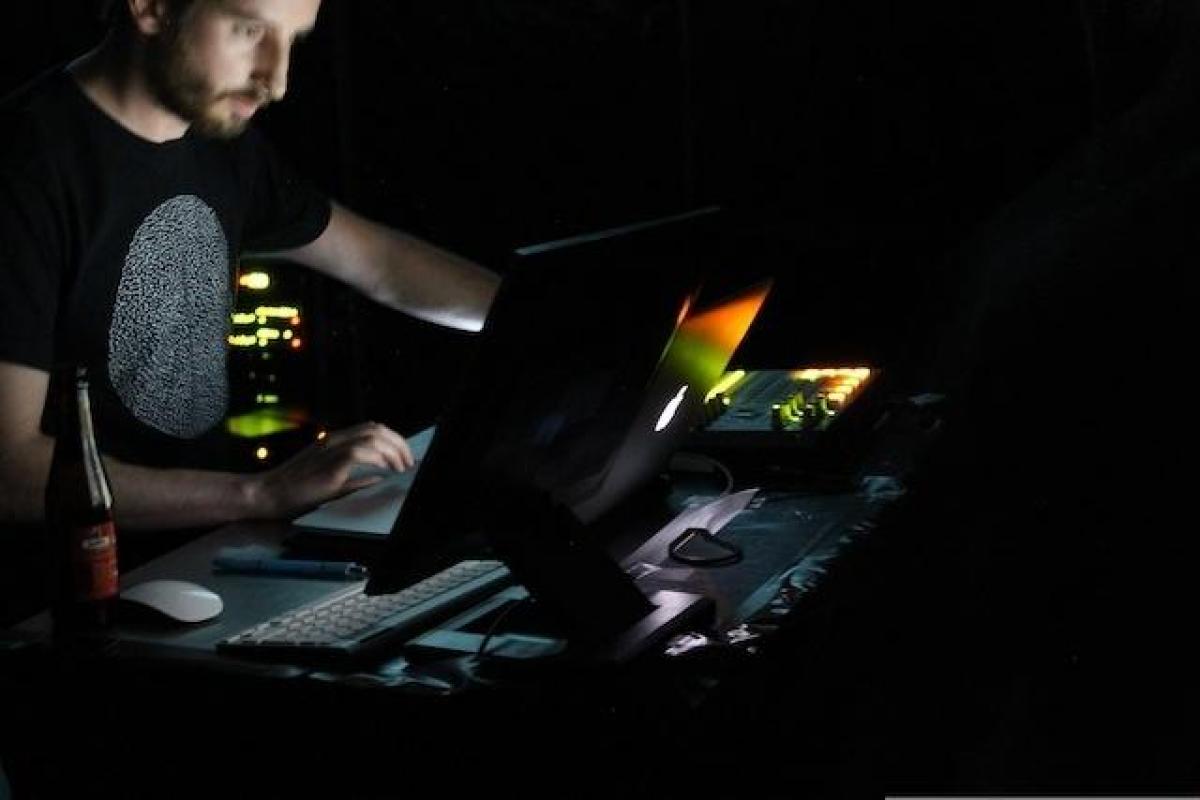 “People don't realize how much information about their surroundings comes from what they hear,” said Cooper, whose cerebral approach to music found fertile ground in his PhD studies in computation biology. “When you listen to a binaural recording, especially those hairdresser recordings, it's a very powerful demonstration of how much information you gain about your surroundings from your hearing alone.

“You close your eyes and listen to that and you freak out because you think someone's chopping your hair or putting a plastic bag over your head—it's really quite convincing,” he added, emphasizing that the power of hearing has quite a surprising role in building the world we know as consensus reality. Cooper wants to exploit these sonic possibilities in bringing his new album Human—an album of equally warm but mechanical electronic sounds—to audiences around the world.

“The 4D system, and a lot of the work I do with my music in terms of spatiality and trying to create immersive spaces and structures within them, has to do with psycho-acoustics and the power of sound to create our perception of the reality we're in,” he said. “The idea is to create an alternative reality that can be very beautiful, relaxing, jarring, and even uncomfortable, but still an interesting experience that can communicate a new idea.”

Cooper believes that 4D sound adds an entirely new “axiom to the principles of music,” which is traditionally based on rhythm, timbre, harmony, melody, and dynamics. Cooper's use of this system supplements these fundamentals of music with vast spatial possibilities, so that he can begin to think about how sound can move, and what its physical attributes can become in space.

And the way sound is rendered in 4D space effects how the music must be recorded. “You have to think totally differently,” he said. “So, if I'm trying to make a certain piece of music work on the system, I have to think if this piece of music existed, if it were a physical entity, what shape would it be?” 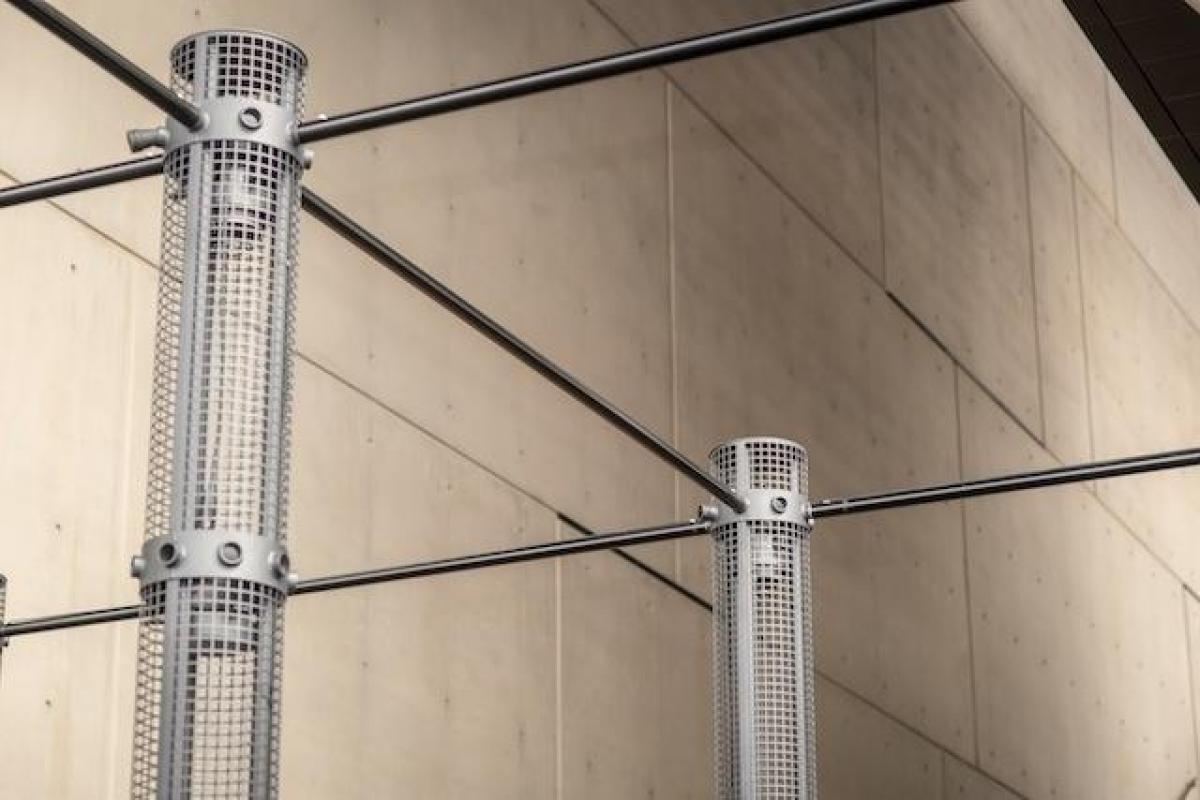 As a result, a set's opening track might sound as though it were raining, so Cooper will produce an effect that makes it seem as though thousands of raindrops are falling all over the room. Another track might have walls of sounds, so Cooper will manipulate the 4D system to create “physical walls that move through the space.”

Cooper is into the idea of getting the listener immersed in a “sea of sound and feeling.” The 4D sound system creates this effect through 16 columns, all four-meters tall, spaced at various heights around the room and underneath the floor.

“Special software allows you to design music in a three-dimensional representation of the space, and you can build sounds to be any shape, any size, and in any position within and outside the space,” he said. “The software calculates how hard to drive the speakers to make it sound like this hi-hat is coming from in and outside the room or by your feet.”

Liine, the creators of the Lemur touch-screen controller, originally introduced Cooper to the Amsterdam-based 4D Sound Group, who built his 4D sound system. “Liine told me about this amazing 4D sound system, and that I should go and have a look,” he said. “So, I went and had a look, and I was totally blown away straight away.”

“I love the spatial and visual aspect of music, and 4D sound ties into that because it turns each piece of music into a spatial entity where you can walk inside the piece of music and find different parts of sound,” Cooper added. “Things fly about your head, and each piece of music turns into something that exists out in the space, which you can explore as a listener.” 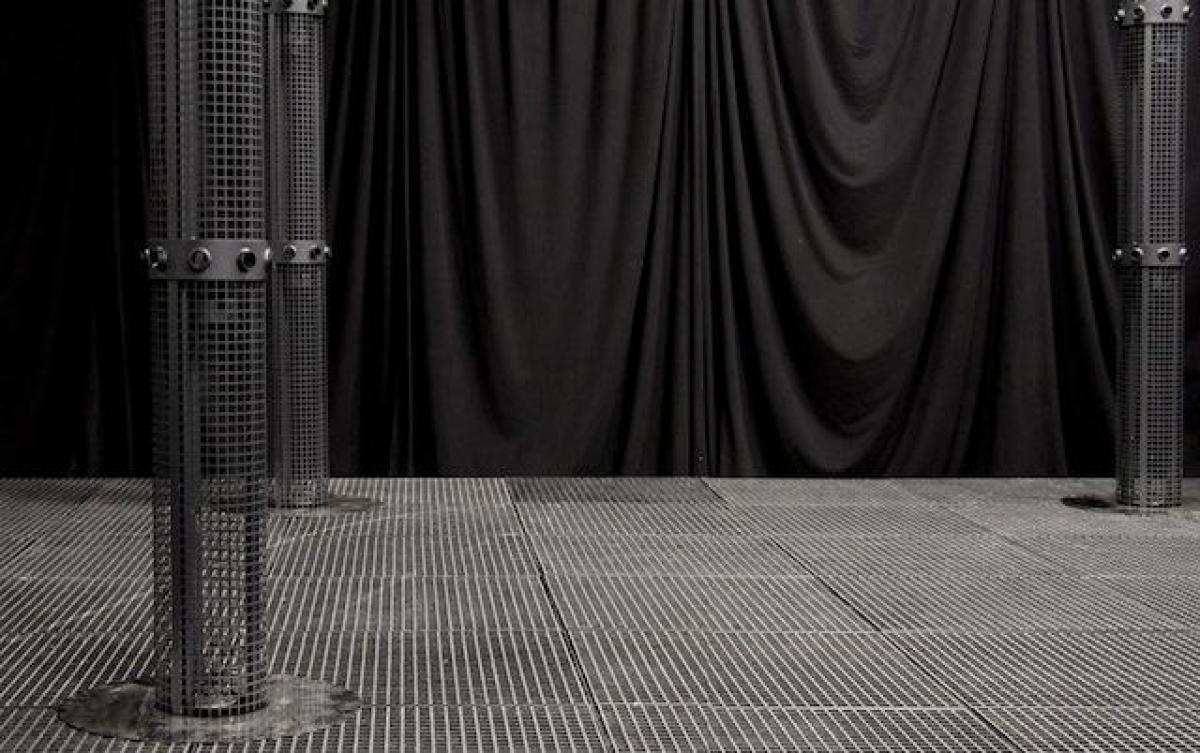 Cooper is into the idea of getting the listener immersed in a “sea of sound and feeling.” The 4D sound system creates this effect through 16 columns, all four-meters tall, spaced at various heights around the room and underneath the floor.

“Special software allows you to design music in a three-dimensional representation of the space, and you can build sounds to be any shape, any size, and in any position within and outside the space,” he said. “The software calculates how hard to drive the speakers to make it sound like this hi-hat is coming from in and outside the room or by your feet.”

Cooper said that it doesn't seem like the sound is coming from speakers. In fact, the listeners don't really notice the speakers at all. What they hear are, as Cooper noted, “weird sounds hovering in the air”—ones that they can walk through as though they were clouds.

“It can give a very convincingly immersive and fully 3D sound environment,” Cooper said of the technology. “They call it 4D sound because the sounds are not only placed in any position in a three-dimensional field, but they also move in time. So, the sounds fly around, change shape, as well as implode and explode.”

For those unable to experience the show live show, Cooper made a new set of abstract, 4D binaural recordings.

“This means that when you listen on headphones you can feel what it sounds like inside the 4D system,” he said. “I call these recordings audio sculptures, which aren't pieces of music in the normal sense, but are there to just demonstrate what the system can do and its design principles.”

As Cooper noted, these are still early days of 4D sound. A lot of sonic potential is yet to be explored. And with the 4D Sound Group's artist residency project, Cooper hopes that he and other artists can use the system to discover an array of new ideas in immersive sound. Let the audio-driven alternate realities begin.