"Symphony in Acid" is a collab with Ksawery Komputery and is part of Max Cooper's album project ‘Unspoken Words - a thrilling attempt to create audio-visual pieces about, and containing, communication outside of language.

Cooper has been exploring the difficulties of communicating with words as part of the Unspoken Words project. He turned to the writings of Ludwig Wittgenstein, who tackled this issue of the problems with words and their inability to capture every aspect of our lives.

"Wittgenstein's writing tackles the issues of human expression and the links between our symbolism and existence, but also does so in an incomprehensibly dense way, which for me lent itself beautifully to presentation as art rather than a technical reading challenge," says Cooper.

"The track name "Symphony in Acid" plays on the combination of orchestral-like synthesis with 303-like synthesis of acid house fame. I was trying to merge some disparate ideas in the context of a highly dense and complex, but gridded and rigorous structure, one reminiscent of the Wittgenstein text which the music is precisely mapped to." 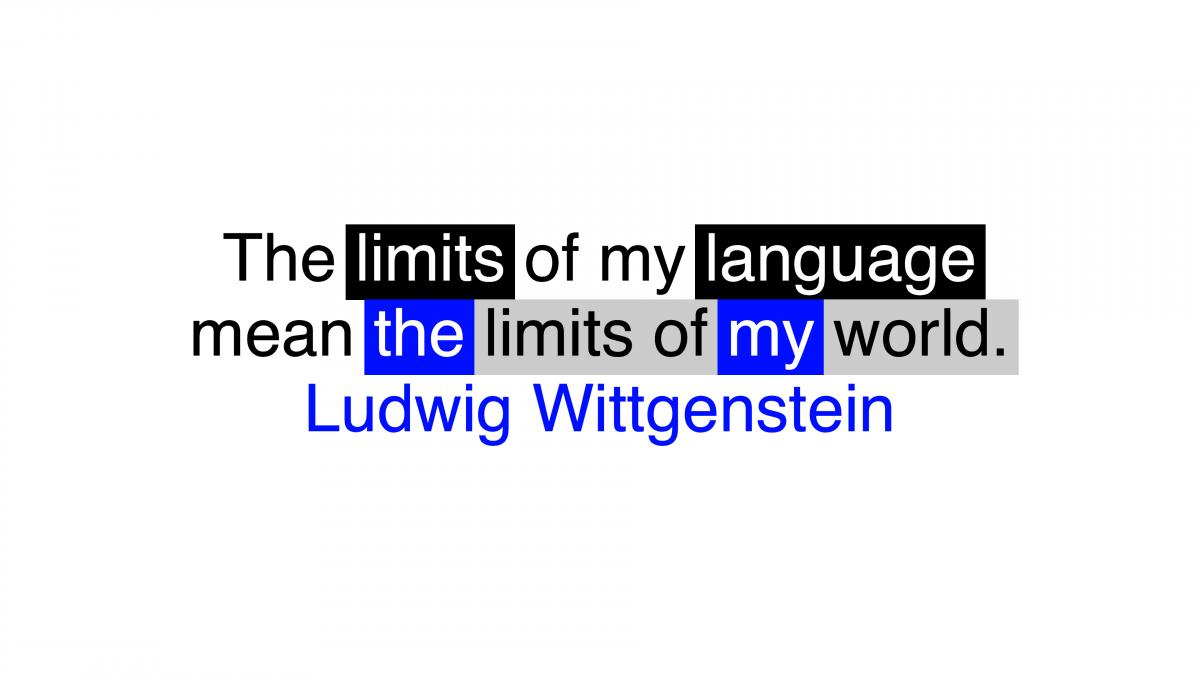 Using Wittgenstein's Tractatus Logico-Philosophicus (1921), videomaker Ksawery Komputery painstakingly mapped every sound to text presentations and manipulations following the same principles. Each musical, visual and methodological unit is simple, but in concert the result is this complex barrage of information.

"I love the effect of trying to take in the meaning and messages of the project, particularly when presented on a big screen and sound system," says Cooper. "If you give yourself to it, it's a really intense experience with all the text meanings triggering a tapestry of mental responses."

"For me, overall, it creates a beautiful abstracted experience of the challenges of trying to make sense of the world and express ourselves in it. I hope some of you will see what I mean. I apologise to non-English speakers though, I'd love to make multi-language translations of the project as well." 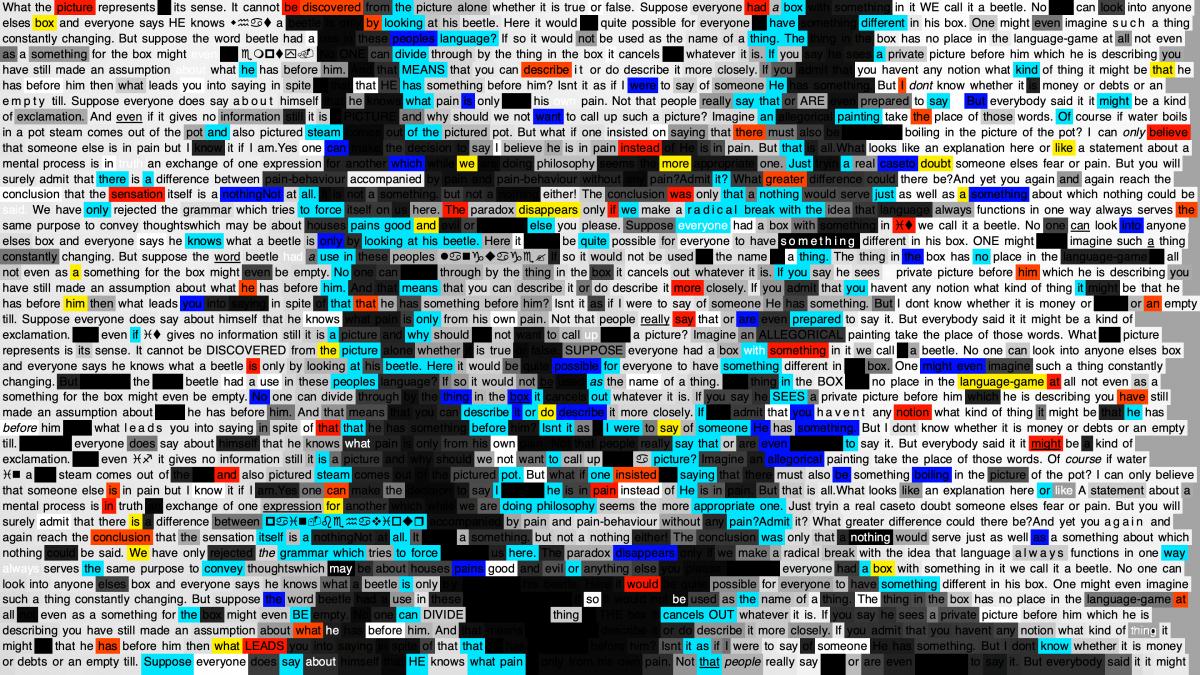 Also launched today is a live rendering website version of the project - www.symphonyinacid.net - where users can interact with the system and even have their own face rendered in Wittgenstein's words. Furthermore, fans are invited to drop in any other words they feel are relevant at the album website, www.unspokenwords.net . These will appear on audio-visual projects, including live shows and digital art.

As an audio-visual artist, Cooper often goes to the medium of film to enhance his music and the ideas and stories which inspire and inform his work. "Symphony in Acid" is chapter 6 of the Unspoken Words metanarrative (available now as a film on Blu-ray).